Jacobine Camilla Collett lived as a child and young girl at the centre of the modern Norwegian cultural dispute and grew up on Eidsvoll, where her father, the clergyman Nicolai Wergeland, participated in the Eidsvoll Assembly, which led to the Norwegian Constitution and propagated Norway’s cultural break with Denmark. Her brother was the poet Henrik Wergeland, now a symbol of Norwegian patriotism and liberation. After she returned from attending the Moravian Church’s school for girls in Christiansfeld, Schleswig, where she studied German literature, she fell in love with the poet Johan Sebastian Welhaven, her brother’s literary adversary; an unhappy relationship, which deeply influenced her writing.

During a lengthy stay in Hamburg from 1836 to 1837, during which time she entered the salon of the later writer Therese von Bacheracht, she became fascinated with writers such as Rahel Varnhagen and George Sand. She married the literary critic and lawyer P. J. Collet in 1841 and had four sons within a space of seven years. At the same time, she continued her intellectual development. In 1842 she made her debut with a feminist essay entitled “Nogle Strikketøisbetragtninger” printed in the newspaper Den Constitutionelle. When she became a widow in 1851, she broke up the household and began an itinerant life, often travelling in Europe during winter and living in Norway during the summer.

From her early youth she was an eager diarist and letter-writer, and in the 1840s she wrote articles, sketches, and short stories, which were published anonymously. Her main work Amtmandens Døttre, 1854-55, which ushered in the realist novel tradition in Norway, criticises the upbringing of girls and the constraints of marriage in the bourgeois milieus of the time. Her memoirs, I de lange Nætter, 1863, is a well-written work, its form reflecting the difficulties which the genre posed for women writers. Subsequently, she published Sidste Blade, 1868, 1872, 1873, Mod Strømmen, 1879, 1885, and Fra de Stummes Leir, 1877, which contain articles and essays written in “the light of women’s rights” that, among other things, attack the way women are represented in the nineteenth-century European novel.

Camilla Collett was a feminist writer of central importance in Norway and other Scandinavian countries, both with respect to the Modern Breakthrough and to the women’s movement as well as with respect to twentieth–century feminist literary criticism and research. 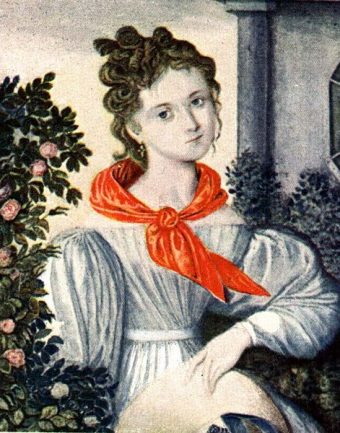