Eleonora Christine Tscherning was born out of wedlock, the child of a captain and his housekeeper. A relative stood in for her father until her parents married in 1837 after her father had been promoted to colonel. She received drawing lessons, had a talent for art, and had some of her pictures accepted at the exhibition centre Charlottenborg.

In her memoirs and letters, published for the first time in 1908, she provides a lively and candid account of her love for A. F. Tscherning, a member of the constituent assembly who later became National Liberal War Minister and who for seven years rejected her suggestions of marriage. She also provided a detailed and frank impression of the eventful years leading up to the abolition of absolute monarchy and the war in 1848-1851. 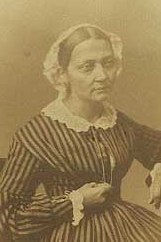