Birgitta Trotzig grew up in Gothenburg and later in Kristianstad. At the age of fourteen, she sent her poems to the critic and writer Artur Lundkvist, who together with Harry Martinson and Edith Södergran introduced her to modernism. After completing upper secondary schooling, she returned to Gothenburg and took up university studies; however, her artistic interests took over. In 1949, she married the artist Ulf Trotzig and became involved in the lively community at the Valand School of Fine Arts. One of her subjects as an essayist became contemporary art. From 1954 she lived with her family, first in Italy, then in France, and it was during this period that Birgitta Trotzig converted to Catholicism. Her years abroad put her in closer contact with European modernism and with the resistance to the Algerian War. When the family returned to Sweden in 1969, she already had three children, with a fourth born later in Sweden.

She worked as a cultural writer for the newspaper Sydsvenska Dagbladet and later for Aftonbladet. She began working as a critic about the same time as making her debut, at the age of twenty-one, with Ur de älskandes liv, 1951, a poetic, fragmentary story about three young women. Following her collection of prose poetry, Bilder, 1954, she made her literary breakthrough with the story De utsatta, 1957, followed by the prose poetry diary Ett landskap, 1959, and En berättelse från kusten, 1961. Her story Sveket, 1966, and the prose poems in Ordgränser, 1968, are both characterised by a search for the living word in a time of darkness.

Her cultural criticism expresses a political commitment and a demand for the right to create without being tied down to ideologies, as well as the notion of an artistic language as a possible counter-language to the language of power, which is evident in her essay collection Jaget och världen of 1977. In 1972 she published the controversial tale Sjukdomen followed by the prose collections I kejsarens tid, 1975, and Berättelser, 1977. In Anima, 1982, the lyrical fragment dominates, while Dykungens dotter, 1985, is a grand tale of human destinies. In Porträtt, 1993, she compiled literary essays from “the century of disaster”. With Sammanhang. Material, 1996, she returned to prose poetry. Employing a language full of legend and paeans, Birgitta Trotzig lends a voice to the vulnerable and the tormented. She has been awarded a number of literary prizes, and her works have been translated into several languages. She has been a member of Samfundet de Nio (The Nine Society) and in 1993 was elected to Svenska Akademien (The Swedish Academy).

Steven P. Sondrup: “Birgitta Trotzig and the language of religious and literary experience” in: Scandinavian Studies, (72), 2000 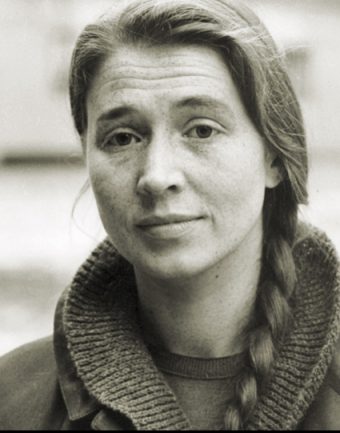