Hedvig Charlotta Nordenflycht was born in Stockholm as the daughter of a recently ennobled public official, who moved with the family in 1731 to an estate in Västmanland. In accordance with her father’s wishes, she became engaged to the engineer John Tideman in 1734; however, four years after his death in 1737 she married the pietist-oriented clergyman Jacob Fabricius, who died after just seven months of marriage.

Hedvig Charlotta Nordenflycht, who studied theology and philosophy independently at a very young age, made her debut in 1743 with an elegy on her husband’s death, Den sörgande turturdufwan, eller åtskillige bedröfwelige sånger, under wackra melodier sammansatte och samlade af en medlidande åhörare. In 1744, the first volume of Qvinligt tankespel af en Herdinna i Norden was published, which was followed by another three volumes. She was one of the leading figures in a literary academy in Stockholm known as the Tankebyggerorden, which from 1753 to 1756 published Våra Forsök I-III. This work was published in a revised and enhanced edition from 1759 to 1762 under the title Witterhets Arbeten, utgifne af et samhälle i Stockholm.

In 1774, her work Utvalda arbeten was published posthumously along with hitherto unpublished poems. Her poetry is strongly subjective, both sensitive and self-assertive, and a feature of her poems is an intense yearning for intellectual and religious clarity and, in her later works, for emotional release with regard to the great love of her life, the young Johan Fischerström, later editor of Fruntimmers Port-Feuillen.

Hedvig Charlotta Nordenflycht was at the forefront of the Nordic eighteenth-century debate about the destiny of the female sex. Using arguments from the modern philosophy of Enlightment and Plato, she asserted women’s cultural and political rights. Her declared self-esteem, clearly containing a feminine awareness, has on the one hand been perceived as epoch-making, on the other hand has made her a controversial figure in the literary Parnassus right up to the present day. 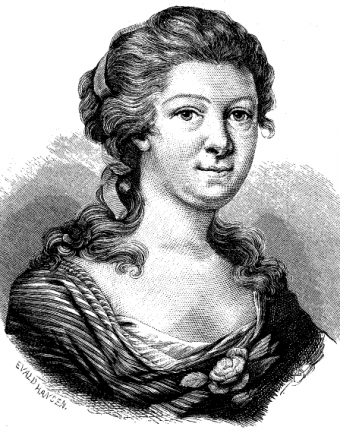