Jørgine Korg was the foremost intellectual and organisational leading figure in the Norwegian women’s movement from 1884 to 1916. She was the daughter of a clergyman, was born in Lofoten, and grew up in Vestlandet and Christiania. She was unmarried, a qualified schoolmistress, a swimmer and a skater, and was not only one of the first women hillwalkers in Jotunheimen, but also the first woman in Norway to speak on a public rostrum.

From the 1880s onwards, she dedicated the whole of her life to women’s issues. She published a series of articles on the position of women in the radical newspaper Nyt Tidsskrift in 1884, initiated the Norwegian Association for Women’s Rights, and later led the efforts by women to gain suffrage. Furthermore, she was editor of the women’s periodical Nylænde up to her death and, among other things, the head of Norske Kvinners Nasjonalråd (Norwegian national council of women) from 1904. 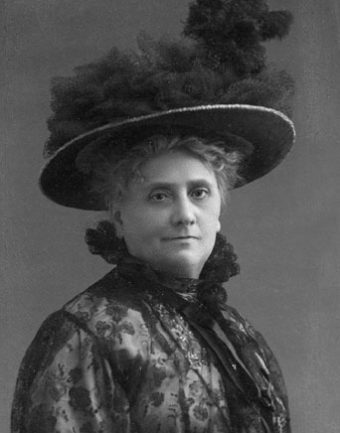