Tove Jansson was the daughter of the Finland-Swedish sculptor Viktor Jansson and the illustrator Signe Hammarsten, who used the pseudonym “Ham”. She began her career as a cartoonist in the comic magazine GARM in 1929, was first exhibited in 1932, and continued her activities as an artist in parallel with her writing. Tove Jansson’s political signature “Snork” became the name of the first Moomin character.

Her debut work, an allegory about the war, is entitled Småtrollen och den stora översvämningen (1945; Eng. tr. The Moomins and the Great Flood), and it paved the way for seven more books on the peaceful valley of the Moomintrolls, where maternal norms rule, and the meaninglessness of war is far away. In Kometjakten (1946; Eng. tr. Comet in Moominland), Trollkarlens hatt (1948; Eng. tr. Moomin and the Magic Hat), Muminpappans bravader (1950; Eng. tr. The Exploits of Moominpappa), republished in 1967, Muminpappans memoarer (1967; Eng. tr. Moominpappa’s Memoirs), and Farlig midsommar (1954; Eng. tr. Moominsummer Madness), she portrays an idyllic world, a utopian bubble withstanding encroaching, life-threatening natural disasters, floods, comets, and volcanic eruptions, while Trollvinter (1957; Eng. tr. Moominland Midwinter), is a deeply psychological Bildungsroman about the young Moomin, which, like Pappan och havet (1965; Eng. tr. Moominpappa at Sea) can be seen as the beginning of her shift towards adult literature. Finally, in her work Sent i november, 1970, she deconstructs the idyll, puts an end to the strong maternal figure, and instead creates the eccentric character of the artist. The fundamental conflict underlying Jansson’s writing is between art’s demand for truth on the one hand and maternal instinct, i.e. care and consideration for others, on the other.

Tove Jansson also published a series of innovative picture books, including Hur gick det sen? Boken om Mymlan, Mumintrollet och Lilla My (1952; Eng. tr. Book About Moomin, Mymble and Little My), and Vem ska trösta Knyttet? (1960; Eng. tr. Who Will Comfort Toffle? A Tale of Moomin Valley). Besides her discerning autobiography Bildhuggarens dotter (1968; Eng. tr. Sculptor’s Daughter) her adult works consist of novels and short story collections such as Lyssnerskan, 1971, and Dockskåpet och andra berättelser, 1978. Sommarboken (1972; Eng. tr. The Summer Book) is about the relationship between a grandmother and her son’s daughter, who has lost her mother. Jansson received several Finnish, European, and Swedish awards, including the Selma Lagerlöf Prize in 1992 and the gold medal from Svenska Akademien (The Swedish Academy) in 1994. 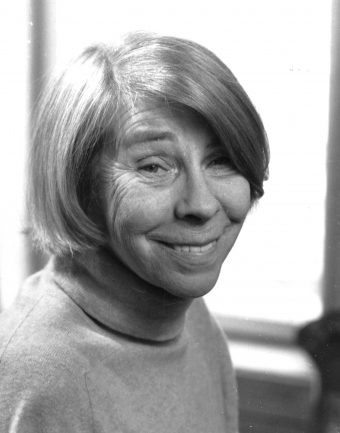