Ulla Isaksson was born in Stockholm, passed the upper secondary school leaving examination in 1937, and received an honorary PhD in philosophy in 1978. Her first marriage was to the engineer David Isaksson and her second marriage to the literary historian and author Erik Hjalmar Linder, with whom she had an extraordinary love- and working relationship. As her mother was a member of the Immanuelskirken church community, her upbringing was very religious, which plays a strong role in her debut novel Trädet, 1940, and her subsequent works I denna natt, 1942, and Av krukmakarens hand, 1942. However, in her fourth novel Ytterst i havet, 1950, described by herself as being her true debut work, she dramatically challenged the conventions of both religion and the novel.

The issue of religion, which persisted in her later works, receded into the background, and she wrote a series of novels and short stories about women and love. In Kvinnohuset (N), 1952, she describes the mysteries of love through a commune of women, in Dit du icke vill (N), 1956, she investigates the conditions of female love, going back in history to the witch trials. Her probably best known and most thorough depiction of love is to be found in De två saliga (1962; Eng. tr. The Blessed Ones), in which she examines special types of love expressed in male domination and female submission.

In her novels Paradistorg, 1973, and FödelseDagen, 1988, the story centres on an ageing woman. While deeply committed to the problems discussed by women of the modern generation, she was also critical of many of their attitudes. In the late 1970s, Ulla Isaksson wrote a two-volume biography together with her husband Erik Hjalmar Linder about Elin Wägner, Amason med två bröst, 1977, and Dotter af Moder Jord, 1980. In Boken om E., 1994, which was nominated for The Nordic Council’s Literature Prize, she told the story of her husband’s insidious dementia, her disintegrating partnership, and the loss of her husband while he was still alive. 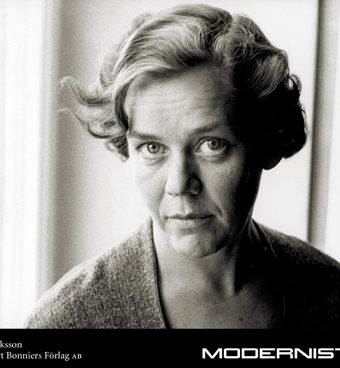