Lucie Ingemann contributed to the large-scale collection of local culture during the Romantic era, was married to the poet B. S. Ingemann from 1822, and had poetic talent herself. She painted flower pieces and altarpieces, most of which, however, she gave away as gifts.

In 1826 she recorded myths from the parishes of Pedersborg and Slaglille near Sorø. Ingemann sent them to Svend Grundtvig together with the material she collected regularly in the Sorø region. 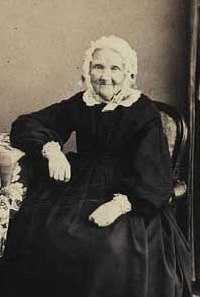