Thomasine Gyllembourg wrote more than twenty-five works under the pseudonym “Forfatteren til En Hverdags-Historie” (the author of an everyday story), was the daughter of a Copenhagen commoner, and at the age of seventeen married her language tutor, the author and social critic P. A. Heiberg, who was exiled in 1799. The couple’s passionate divorce in 1801, which is documented in the published letters of her daughter-in-law Johanne Luise Heiberg in Peter Andreas Heiberg og Thomasine Gyllembourg. En Beretning, støttet paa efterladte Breve, 1882, led to her having to leave behind her only child, Johan Ludvig Heiberg, with whom she was, however, later reunited. She insisted on marrying her lover C. F. Gyllembourg, who died in 1815, after which she spent the rest of her life with her son.

From her debut work, the serialised novel Familien Polonius, printed in her son’s periodical in 1827, up to her last work To Tidsaldre, 1845, (reissued as the short story “Drøm og Virkelighed”, 1986), Thomasine Gyllembourg’s educated and instructive voice speaks out to teach self-possessed and aesthetic comportment to her social class. In many of her short stories, most obviously in Maria, 1839, however, an uncompromising, truth-seeking voice is equally audible, revealing the expense to women of the ideal of good breeding. Thomasine Gyllembourg’s life, which was surrounded by scandal, can be detected in her writing, most clearly in her novel Ægtestand, 1835 (published again in 1982), in which the arrival of the modern nuclear family is linked with Thomasine Gyllembourg’s interpretation of the breaking up of her own family. 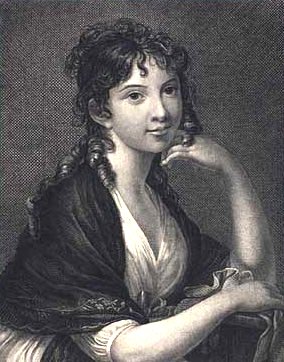