Emilie Flygare-Carlén came from a merchant family in Bohuslän and was the most popular and best paid Swedish woman author of her day. As the widow of a district medical officer and with two children to support, she was enormously successful in 1838 with her debut novel Waldemar Klein. At her publisher’s prompting, she moved to Stockholm, where she became a central figure in liberal literary circles, and in 1841 she married the liberal writer and Bellman publisher Johan Gabriel Carlén.

She wrote up to thirty works, of which Sweden’s first horror novel Rosen på Tistelön (1842; Eng. tr. Rosen på Tistelön) and Ett köpmanshus i skärgården, 1860-1861, are the most famous. Emilie Flygare-Carlén is the first writer to write about the west coast, but her main subject is the balance between the sexes in matrimony and eroticism between man and woman, coloured by the scenes and images of the French serialised novel and popular literature. 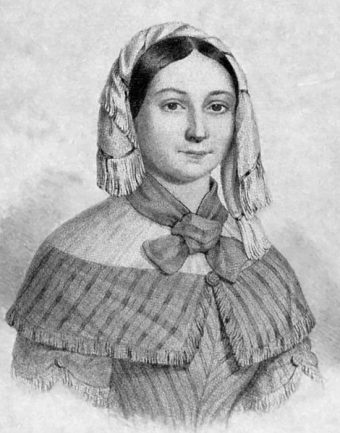