Mathilde Lucie Fibiger was the first major figure in the Danish women’s movement. Her father, an army captain, was transferred due to his overly democratic ideas, and in 1843 her parents divorced. Mathilde Fibiger, the youngest of nine children – beautiful and talented, but also of a nervous disposition and impecunious – was very much captivated by the national and political zeal during the war with Germany and the fall of the absolute monarchy in 1848. As a governess on the island of Lolland, she wrote the epistolary novel Clara Raphael, 1851, which contains the first declaration in Danish of “the emancipation of women”, and it triggered an intense public debate – known as the Clara Raphael controversy – which she herself contributed to with the leaflets Hvad er Emancipationen? and Et besøg.

She lived under extremely harsh circumstances as a writer, teacher, seamstress, porcelain painter, and translator in Copenhagen and in provincial parsonages. She continues to develop the theme of emancipation in the novels En Skizze efter det virkelige Liv, 1853, and Minona, 1854. Her heroines do not want to be kept, but want to change the world from the standpoint of their own morals and philosophy. In Minona, the ‘fundamental canon’ of society, the incest taboo, is attacked. Owing to lack of success, she abandoned writing, trained as a telegraph operator in 1863, and became the first female public servant. She now felt that she was practising the female emancipation she wrote about in her younger days. She enrolled in Dansk Kvindesamfund (the Danish Women’s Society) when it was founded in 1871. 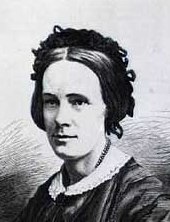