Inger Christensen became a member of Det Danske Akademi (the Danish academy of language and literature) in 1978 and is a big name in modern Danish literature. She was born and grew up in Vejle, where her father was a tailor. As a child she was an avid reader, also of foreign literature. She was the first in her family to continue into higher education, and she passed the upper secondary school leaving examination in 1954, qualifying in 1958 as a teacher with German as her main subject. After a few years working as a teacher, she devoted herself to poetry writing, her main sources of inspiration being Rilke and Novalis. In 1959, she married the poet and critic Poul Borum, whom she divorced in 1976. She had one son.

Inger Christensen started writing poetry in her school days; her debut publication was Lys (P) (1962, Eng. tr. Light, Grass & Letter in April) which was partly written during her years as a village school teacher in Djursland. Her themes are love and man’s relationship with nature, which she repeatedly examines and modulates in her following works. Her poetic work det (Eng. tr. it), which in 1969 caused a sensation among critics as well as readers, established the main theme of her writing, namely the relationship between man, nature, and language. In subsequent works, the relationship between man, language, and the universe unfolds in lyric form in alfabet (1981; Eng. tr. alphabet), 1981, and in Sommerfugledalen. Et requiem (1991; Eng. tr. Butterfly Valley), in prose in Det malede værelse (1976; Eng. tr. The Painted Room), and in essays in Del af labyrinten, 1982.

Inger Christensen’s works have been translated into many languages; they are a cornerstone of Danish modernism and undergo an inner development, moving from systematic poetry to late modernism. She has been awarded several prizes in Denmark and abroad, including the Nordic Prize of the Swedish Academy and the Grand Prix des Biennales Internationales.

The above biography was first published in 1998. Since then, Inger Christensen wrote Hemmelighedstilstanden, 2000.

Inger Christensen was the recipient of a number of awards and honours, including the lifelong artists’ grant from the Danish Arts Foundation. 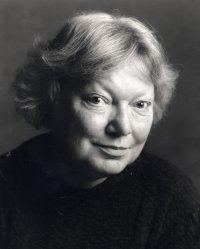