Sophie Ottesdatter Brahe is a shining example of a female scholar from the Renaissance period and one of the few who pursued scientific studies. She was born at Knudstrup manor in Scania to Otte Brahe and Beate Bille. She was born into and also married into a noble family, her first marriage being from 1579 to 1588 to Otte Thott, with whom she had a son, Tage Thott (1580-1658), her second marriage being in 1602 to the alchemist Erik Lange, who died in 1613. From about 1616 onwards, she lived in Elsinore after fifteen years of travelling. There, she pursued her interest in horticulture and healing plants.

Chemistry, astronomy, and astrology became the main focus of Sophie Brahe’s research, mostly carried out on the island of Hven at her brother Tycho Brahe’s residence. She was known for her skill in writing horoscopes, and her scientific cooperation with her brother was a rare phenomenon that did not go unnoticed in other parts of Europe. Sophie Brahe is also known for her genealogical studies. A genealogy containing nine hundred or so handwritten pages and a collection of letter books with genealogical correspondence and reflections have survived. The remains of her garden in Elsinore can still be visited today. 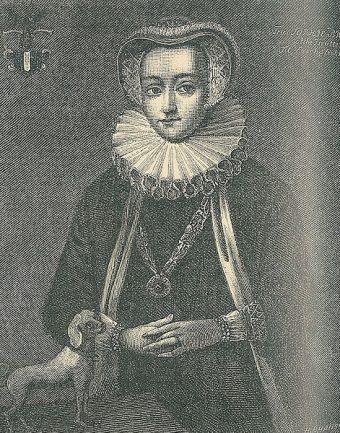