Charlotta Dorothea Biehl was born in Copenhagen to Sophie Hedevig Brøer and Christian Æmilius Biehl, secretary at The Royal Danish Painting, Sculpture, and Building Academy, and curator at Charlottenborg exhibition centre. Charlotta Dorothea Biehl, who acquired an extensive knowledge, mostly through self-study, derived intellectual sustenance from many influential male friends in scholarly circles and at the Court. In 1771 she met the significantly younger Johan Bülow, with whom she developed a warm friendship. He paid her to write and provided for her in her final years.

At the encouragement of Vilh. Bornemann and others, Charlotta Dorothea Biehl wrote eight comedies and a number of Singspiele. She translated from German, French, and Italian, and in her later years also from Spanish. Her most famous translation, published in four volumes from 1776 to 1777, is of Cervantes’s work Don Quixote.

Her Moralske fortællinger was published in 1781-1782 in four volumes (“Den foranderlige” was republished in Moralske fortællinger 1761-1805 in 1994). These tales, like her epistolary novel Brevvexling imellem fortroelige Venner 1-3, 1783, emulate the most modern genres of the period. Charlotta Dorothea Biehl, who worked intensely with the letter as a genre, also wrote, upon Bülow’s encouragement, De historiske Breve, which were published posthumously from 1865 onwards. With a light, informed, caustic pen, she describes life at Court, including the death of Struensee in 1772 and the coup d’état in 1784. Her final work was her carefully crafted autobiography Mit ubetydelige Levnets Løb, 1787, (republished in 1986), which takes the form of a long letter to Bülow and is famous, not least, for its description of her difficult relationship with her father and the affectionate support provided by her maternal grandfather. Four hundred or so intimate letters to Bülow as well as a collection of rhyming poems remain as yet unpublished.

Charlotta Dorothea Biehl is the most important Danish woman writer of the eighteenth century as well as the most important cultural ambassador of the period. Her works have been brought to the stage and have been printed on thousands of pages. She became so famous that she was even a popular figure in satire. 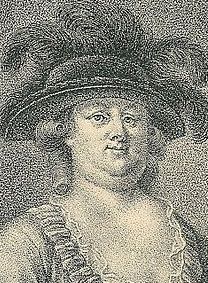