Anne Bøe was born in Ålesund to a teacher and a missionary. She studied at folk high school and writing school and lives in Oslo.

Her debut work was the poetry collection Silkestein, published in 1984, for which she received the Tarjei Vesaas Prize for debut authors. Since, she published another four poetry collections: Ordenes kildemor, 1987, Ildrose, 1989, Sinobersol snø, 1993, and Ingensteds overalt, 1994. She writes rhythmic poems packed with imagery, making extensive use of contrasts and paradoxes. A central theme of her writing is the relationship between doubt and faith, in which biblical imagery is a clear, intertextual prerequisite. Her poems, which revolve around how we take shape through another person’s eyes, through meeting, talking, and exchanging our experiences, are rooted in ideology and theory, but her poetic voice is carried by sensuousness and intuition.

The above biography was first published in 1998. Since then, Anne Bøe has written the poetry collections krigslogikkene, 2001, sisyfos synger, 2003, and minimum (2009). 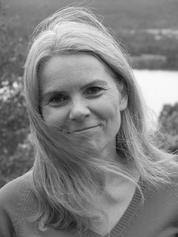