Hendrikke Barbara Wind Daae Zwilgmeyer came from a prominent civil servant family, was born in Trondheim, but grew up in Christiania and in Risør on Sørlandet. She lived together with her parents until both of them died in 1887. After a period spent at a sanatorium, she was taken in by the family of a friend and moved with them to Kongsberg, where she remained the rest of her life. She had no formal education, but did receive painting lessons.

She made her debut under the pen name K. E. with “En hverdagshistorie” in the radical periodical Nyt Tidsskrift in 1884. She later published a number of stories for children and was persuaded by a publisher in Bergen to write children’s books. In 1890 she published Vi børn, af Inger Johanne, 13 Aar gammel, followed by another twelve books, in which the story is related by a young girl called Inger Johanne. Success made her into “the author of the Inger Johanne books”; however, she not only wrote children’s books criticising authoritarian methods of child-rearing, such as Maja. Fortælling for smaapiger, 1905, but also books for adults.

In her short story collections Som kvinder er, 1895, and Ungt Sind, 1896, she follows up with a criticism of marriage and focuses on the restrictive lives of women. The same critical perspective can be found in Maren Ragna. Et stykke livshistorie, 1907, and Thekla, 1908, while Emerentze. En slegtshistorie, 1906, creates a picture of a woman who shapes her own destiny and becomes the charismatic and powerful head of a family farm. 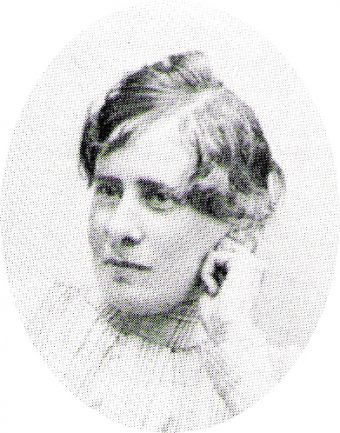