Pauline Frederikke Worm grew up in Hyllested parsonage on Djursland, became a schoolmistress after confirmation, and, after taking a head teacher examination in 1852, was given her own schools in Randers and in Aarhus. Bursting with enthusiasm for the fatherland and freedom, she wrote gory soldiers’ songs during the First Schleswig War as well as passionate contributions to the debate on women’s rights after the publication of Mathilde Fibiger’s novel Clara Raphael. Tolv Breve, 1851, the so-called Clara Raphael controversy.

She made her debut with the poem “P. H. Lorenzen” in 1842. Her main literary work is the novel De fornuftige, 1857, which is chaotic in form and manifold in content. In 1864, she published a volume of poems: Vaar og Høst.

She was a busy lecturer and cultural journalist who chose her topics from Denmark’s history, the philosophy of religion, and women’s issues. She was also a member of Dansk Kvindesamfund (Danish Women’s Society). “P. Worm was often on the front line of the battle”, wrote the historian Johs. Steenstrup i 1917, “however, she did not become the leader. She was too awkward, maverick, and hot-tempered”. 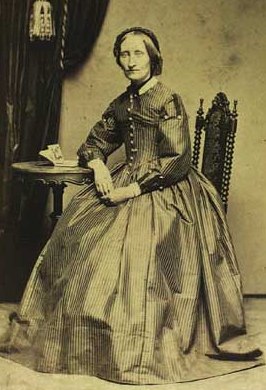