Herbjørg Wassmo was born in Vesterålen in northern Norway. She qualified as a teacher and also studied literature at the University of Tromsø after her debut in 1976 with the poetry collection Vingeslag. She lives in Harstad and has two children.

She made a name for herself with Huset med den blinde glassveranda (1981; Eng. tr. The House with the Blind Glass Windows), the first novel in her prize-winning trilogy featuring the character of Tora, a war child fathered by a German soldier who suffers from incestuous abuse and whose silence, guilt, and dilemma become psychotic. The novels were at the vanguard of the 1980s’ media focus and debate on the issue of incest. However, the novels also centre on the mother-child relationship, are rich in descriptions of nature and the environment, and at the same time are set in 1950s post-war Norway, where the repercussions of World War II are very present. In her novel Dinas bok (1989; Eng. tr. Dina’s Book), the murderess and mistress Dina is ostensibly the contrast of the victim Tora, yet here, as well as in the sequel Lykkens sønn (1992; Eng. tr. Dina’s Son), there is the consistent theme of the abandoned child.

Herbjørg Wassmo has also written radio plays, a prize-winning documentary novel, and an anothology of poetic texts from the 1990s. She is known for her exuberant, metaphorical language, however, Reiser (SS), 1995, is almost void of any strong effects. The author uses elements of different genres as well as different style levels, something which has provoked debate, particularly in Norway. Her novels, which fall somewhere between realism and modernism, have been translated into an array of different languages. Herbjørg Wassmo was awarded the Nordic Council Literature Prize in 1987. In 1997 she published the novel Karnas arv.

Herbjørg Wassmo is the recipient of a number of awards and honours, including Havmannprisen 2006 and Hedersprisen under Brageprisen 2010. She was made a Commander of the Order of St. Olav in  2007, and a Knight of the French Order of Arts And Letters in 2011. 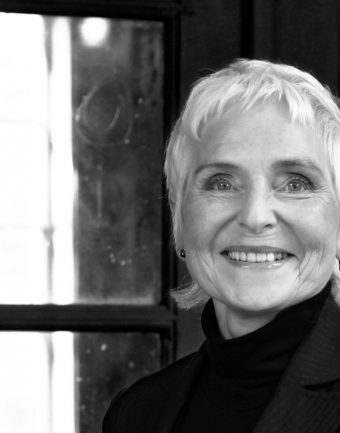