Marja-Liisa Vartio was a teacher’s daughter from Sääminki in Savolax. She graduated in 1950, married twice, her second marriage being to the writer Paavo Haavikko, with whom she had two children. She was often referred to as a shaman or a clairvoyant.

She made her debut in 1952 with the poetry collection Häät and, unlike the other Finnish 1950s modernists, used folk literature as an inspiration. Both her poetry and her prose are full of imagery and mythical subjects, also her five novels about women’s search for identity and their shattered dreams, which include Kaikki naiset näkevät unia, 1960, and Tunteet, 1962. Her plain, simple style gradually became more exuberant, and the tragic and the comic became interwoven.

Her novel Hänen olivat linnut, 1967, about the relationship between a clergyman’s widow and her androgynous maid, was published posthumously. Three volumes containing Marja-Liisa Vartio’s diary notes and letters were published in 1994, 1995, and 1996, edited by Anna-Liisa Haavikko. 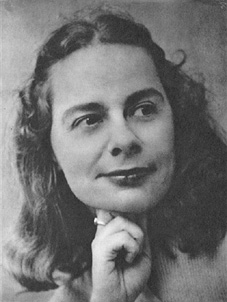