Aslaug Vaa came from a well-to-do farming family, was born in Vinje, and grew up in Kviteseid in Telemark. In 1911 she married the philologist and psychoanalyst Ola Raknes. They settled in Paris and Berlin, had five children, and divorced in 1938. After attending college and university in Norway, she studied psychology at the Paris Sorbonne University from 1928 to 1929 and stage history in Berlin. In the 1930s she underwent psychoanalysis with Wilhelm Reich.

After her debut work Nord i leite, 1934, she soon became a name in Norwegian poetry with five poetry collections preceding her last collection Bustader, 1963. In her poetry, which includes vitalist love poems, psychological and contemplative in their content, and poems critical of civilisation with an underlying eco-feminist stance, Aslaug Vaa blends folk poetry and modernism. Her writing also draws on European prose poetry drama, for example in Steinguden, 1938, Tjugendagen, 1947, Honningfuglen og leoparden, 1965, and Munkeklokka, 1966, which investigates female eros, the psychology of relationships, and global ethics. In the 1950s and 1960s she was a permanent feature writer on the newspaper Arbeiderbladet. 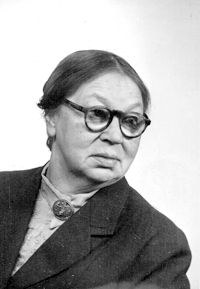