Pia Tafdrup was born in Copenhagen and grew up in a gentleman farmer’s family in North Zealand. She completed her upper secondary schooling in 1971 and graduated in Danish and physical education from the University of Copenhagen in 1977. For a brief period of time, she worked as an upper secondary school teacher on Funen and is married to the literary scholar Bo Hakon Jørgensen.

Her debut collection Når der går hul på en engel, 1981, placed her, together with Michael Strunge, Søren Ulrik Thomsen, and Juliane Preisler, at the forefront of a young generation in the 1980s that modernised poetry and poetry reading. In 1982 she published the generational anthology Konstellationer. Lyrik 1976-1981 and in 1985 the anthology Transformationer. Poesi 1980-1985.

Her writing moves in a tension between symbolism, Romanticism, and modernism, and her literary kinship is with Romantic poets such as Emil Aarestrup and modernist poets such as the Swedish poet Katarina Frostenson. Characterised by a very individual beauty and emotional power, the body, dreams, and death are the axes in her universe. Through her readings, also to musical accompaniment, she has allowed her readers throughout Scandinavia to share in the beauty and depth offered by the genre of poetry. Her key works are the poetry collections Springflod, 1985, Hvid feber, 1986, Sekundernes bro, 1988, and Territorialsang, 1994.

In 1991 she published Over vandet går jeg. Skitse til en poetik in which she, among other things, reflects on her work process and her perception of the aesthetic and existential importance and possibilities of poetry. She has written various dramatic works; individual poems and collections have been translated into several languages. In 1989 she became a member of Det Danske Akademi (the Danish Academy of language and literature). In 1998 she published Dronningeporten (P).

Pia Tafdrup is the recipient of a number of awards and honours, including the Nordic Council Literature Prize 1999, the Søren Gyldendal Prize 2005, Svenska akademiens Nordiska Pris 2006, and was made a Knight of the Order of Dannebrog in 2001. 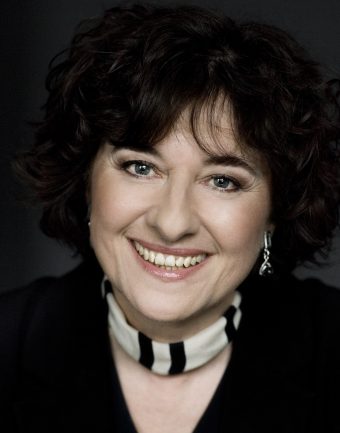