Karen Laurine Sundt was born in Farsund as the daughter of a shipmaster. As a socially critical writer of popular and trivial literature, she became an almost mythical figure in the literary landscape, where her writing was judged from two opposing camps. She was presented either as a popular social critic or as magazine writer without literary value, and this triggered a debate in the Norwegian Parliament, when she was nominated in 1918 for an arts grant from the state. The majority opposed the proposal; however, the minority, arguing on the basis of her importance for the development of popular literature, won, and she received the grant at the age of seventy-seven.

In the 1880s she wrote as a political radical journalist for Verdens Gang and Arbeideren and made her debut as a fiction author in 1877 with Eventyr for folket. Her production of novelettes was enormous; however, she has been appreciated by posterity especially for her book Heltinden på Kuba, 1898, a tale of robbers with an unveiled political message, written under the pseudonym K. Bing, and her mammoth novel Arbeiderliv, 1900-1901, which in a fictitious narrative form provides the first portrait of the history of the Norwegian workers’ movement. 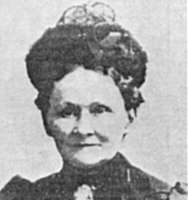