Ingeborg Stuckenberg was born in Copenhagen as the daughter of a draper and is better known for being a source of literary material than as a writer. Her artistic temperament and uncompromising belief in freedom, her contribution to Viggo Stuckenberg’s writing, and the story of their dramatic marriage have provided material for poetry, memoir drafts, and novels that are far better known than her own work Korte Breve fra en lang Rejse, which was published in her own name after her death.

Ingeborg Pamperin married the writer Viggo Stuckenberg. The couple’s home was a place of gathering, and Ingeborg Stuckenberg was both an inspiring and practical centre for young, Brandes-inspired, radical writers and artists, such as Sophus Claussen, Johannes Jørgensen, and Albert Gottschalk. The marriage was marked by economic upheaval and breakup. Ingeborg Stuckenberg left their home for the first time in 1893, returning in 1894, and contributed with her version of the breakup in the novel Fagre Ord, 1895.

In 1903, she departed for the final time, emigrated to New Zealand, and during the journey and immediately after her arrival wrote the travel letters that manifest her skill as an artistically aware, socially committed stylist. In 1904 she committed suicide. 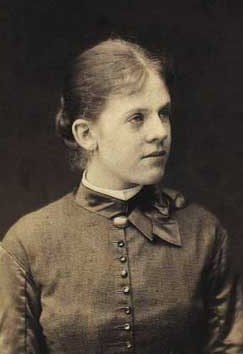