Marika Stiernstedt was the daughter of a lieutenant general and a Polish countess; she spoke French from early childhood and had a Catholic upbringing. Her first marriage was to ‘the flying baron’ Carl Cederström, who was the father of her daughter. Her second marriage was to the writer Ludvig ‘Lubbe’ Nordström, whom she described in Kring ett äktenskap, 1953.

Marika Stiernstedt made her debut in 1894 with Sven Vingedal, published under the pseudonym Mark Stern. Her first novels of the twentieth century, Janinas hjärta, 1905, Det röda inslaget, 1907, Gena, 1908, and Vägarne. April, 1909, discuss Ellen Key’s message about the importance of Eros for women’s self-realisation. Her main theme continues to be the erotic emancipation of the modern woman as a contrast to male double moral standards, an ethical problem that she varies in one novel after another, in which she contrasts a decadent upper-class milieu with the everyday of an intellectual middle-class. She castigates double standards and hypocrisy in Alma Wittfogels rykte, 1913, and Landshöfdingens dotter, 1911, and her work Fröken Liwin of 1925 focuses on the martyrdom of the unmarried mother.

Her teenage book Ullabella, 1922, which tackles the difficult questions of existence, is a classic work. Marika Stiernstedt’s life and writing is also the story of a Social Democratic aristocrat who became a communist. Her successful book Attentat i Paris, 1942, which was followed by Indiansommer 39, 1944, and Banketten, 1947, filmed in 1948, are vehemently anti-Nazi novels.

Marika Stiernstedt is a leading name among twentieth century women writers of novels of disillusion: she believes women should seek fulfilment from a new identity as women employed outside the home instead of within marriage. Man glömmer ingenting, 1940, is the first candid depiction of a female alcoholic in Swedish literature. In addition to writing twenty novels, she also wrote her memoirs in Mitt och de mina, 1928, Adjö min gröna ungdom, 1930, and Mest sanning, 1948, travel books, Spegling i en skärva, 1936, and short stories. She was chair of Sveriges Författareförening (the Swedish association of writers) from 1931 to 1936 and secretary of the literary association Samfundet De Nio (The Nine Society) from 1940 to 1943. 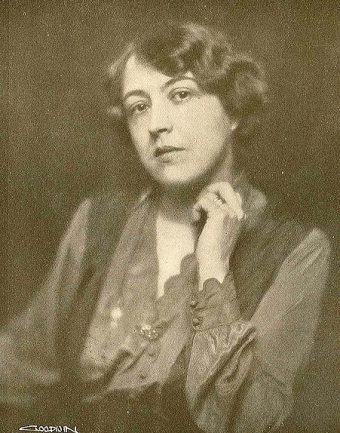