Frida Stéenhoff was the daughter of the curate Carl Bernhard Wadström. She was born and grew up in Stockholm. She completed upper secondary schooling at a school for girls in 1886 and married the doctor Gotthilf Stéenhoff a year later.

Her debut work was the socially critical drama Lejonets unge. Nutidsskildring i fyra akter, 1896. In her dramas Sin nästas hustru. En kärlekstragedi i tre akter, 1898, and Det heliga arfvet, 1902, her attack on marriages of convenience and double moral standards is unprecedented in its vehemence and radicalism. In lectures under headings such as Feminismens moral, 1903, Den reglementerade prostitutionen, 1904, and Penningen och kärleken, 1908, she appealed for the use of contraception, women’s right to motherhood and paid work, and for the state’s responsibility for children. 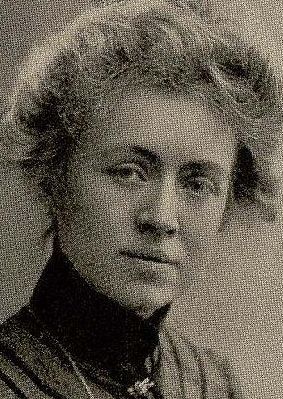