Kerstin Söderholm was born in Helsinki as daughter of the president of the highest administrative court. Her childhood was marked by poor health, and in her adult years she lived a fairly isolated life. In addition to her works of fiction, she wrote literary criticism for Svenska Pressen, Nya Argus, and Finsk Tidsskrift. World War II put a strain on her mentally and economically, leading her to take her own life.

The poems in her debut collection Röster ur tingen (P), 1923, like those in her following poetry collections, very much relate to nature, to which she dedicated her passion as a person who felt cut off from human contact. She also wrote a collection of bright love poems. Her most important work is possibly her posthumously published diaries Endast med mig själv I-II, 1947-1948, in which she candidly and unsentimentally reveals her fear of life. 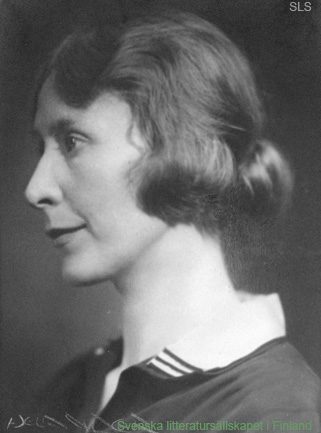