Edith Södergran was born and schooled in Saint Petersburg. She had a multiethnic background, and as a Swedish-speaking Finnish subject in Russia, her first language of poetry was German. The poetry written in her youth from 1907 to 1919 is compiled in the so-called Oilcloth Notebook, a journal containing 238 poems, of which 216 are written in German, one in Russian, five in French, and twenty-six in Swedish. In January 1909, Edith Södergran was diagnosed with tuberculosis. After convalescing in sanatoriums, mostly in Davos in Switzerland from 1911 to 1914, she lived in Raivola in Karelia until her death. As a consequence of the October Revolution in 1917, the family lost its modest fortune.

Edith Södergran’s works were approached by Finland-Swedish critics largely from the perspective of her illness; however, fierce modernists spearheaded by the critic Hagar Olsson and the poet Elmer Diktonius defended her as a poet. Besides Dikter, 1916, her works include Septemberlyran, 1918, Rosenaltaret, 1919, a collection of aphorisms entitled Brokiga iakttagelser, 1919, and Framtidens skugga, 1920. Her work Landet som icke är (Eng. tr. The Land That Is Not), was published posthumously in 1925. Her collection Samlede digte was published in Danish in 1979.

With her metrically unschematic verse, Edith Södergran introduced modernism to Scandinavia and was of key importance to a whole host of writers in twentieth century literature, from Hulda Lütken to Michael Strunge and Katarina Frostenson. Her writing voices the twentieth century belief in the opportunities open to modern women. The aspect of Edith Södergran’s poetry that was special and revolutionary in literary terms was the introduction of an authoritative ‘first-person’ rooted in the Russian interpretation of Nietzsche and the idea of a bloody apocalypse.

Södergran’s writing has been interpreted biographically, based on the notion of Edith Södergran as an isolated, suffering young spinster starved of love and deceived. Later feminist research has presented another picture: a poet influenced by the big ideologies of her time: Russian Messianism, the cultivation of eros, and the German feminist debate.

Marlene Broemer: War and revolution in St. Petersburg: modernist links in the poetry of Edith Södergran and Anna Andreevna Akhmatova, 2009 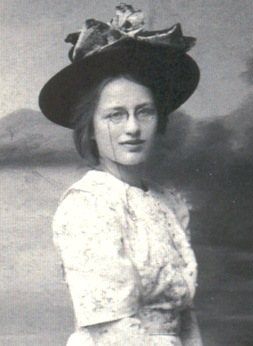