Maj Sjöwall is the daughter of a director from Stockholm and became one of the most outspoken critics of capitalist Sweden. After working for a number of publishers in the 1950s and 1960s, she and her husband – the author Per Wahlöö, who died in 1975 – started up one of the most popular Swedish crime fiction series. Together they added a new element of social criticism to the genre of crime fiction.

In a novel suite comprising ten volumes, which begins with Roseanna, 1965, and ends with Terroristerna, 1975, crime is presented as arising out of social conditions serving to make both the person against whom the crime is committed as well as the person committing the crime the victims of the crime. The series was filmed. In 1990, Maj Sjöwall published Kvinnan som liknade Greta Garbo. 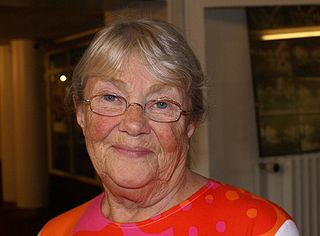