Märta Helena Reenstierna wrote an important culture-historical document on life in Stockholm and its environs from 1793 to 1839, which was published in 1946-1953 under the title Årstadagboken I-III. She was the child of former lieutenant Abraham Reenstierna and grew up in the county of Jönköping. After losing seven of the eight children from her marriage to captain Schnell from 1775, she began at the age of forty to write a diary and continued into her late years to record everyday life and festive occasions at the Årsta estate. Her diaries follow the years as they pass by on the estate and also reveal a great deal about Helena Reenstierna’s understanding of modern literature. 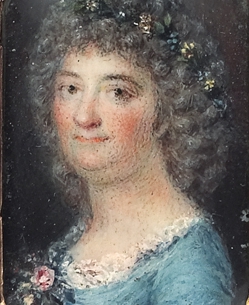