Pauline Petersen was born in Vordingborg into a Norwegian civil servant family, but due to strained circumstances was sent to board with a family in Copenhagen. She experienced the many theatre companies of the period and began to perform with the Borups Selskab (the Borup company). In 1825 she sought a place with the Royal Danish Theatre, partly because she was fascinated by the dramatic arts, and partly because she wished to help her family.

In her memoirs, she paints a portrait of life as an actress, including the intrigues and shady aspects. In 1832 she bade farewell to the theatre, half a year after her marriage to the theologian Henrik Petersen, who later became a clergyman in Allerselv. 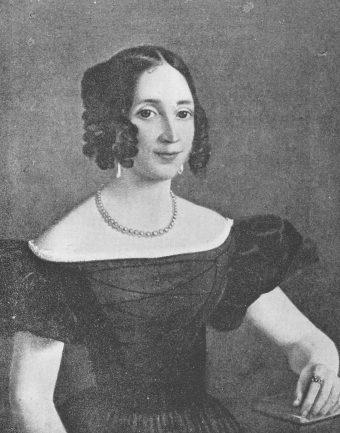