Jeanna Louise Oterdahl grew up in Gothenburg as the eldest of five siblings and became the provider of the family after her father’s early death. She trained as a teacher and taught, lectured, and wrote literary criticism, while working as an author.

Her debut work Solhult, a children’s book of verse, was published in 1901 and was followed in 1905 by Blommornas bok of the same genre. In 1915, she published Några Dikter, which contained, among other things, the well-known hymn “O du som ser, o du som vet …”, which was printed for the first time in Vår Løsen, 1910. Her novel Inger Skram, 1919, brought Jeanna Oterdahl both success and financial reward. Her Bildungsroman Helga Vilhelmina, 1933, is set in a proletarian milieu and commonly features on the syllabus in Swedish schools.

She also wrote short story collections with shrewd portraits of women, published altogether fifty or so literary works, and has been translated into many languages. In 1943 she published a poem of eleven verses in the paper Göteborgs Handels- og Sjöfartstidning entitled Protest, directed against German transport through Sweden, and was blacklisted by the Nazis. She played a major part as an opinion-maker, cultural figure, and role model for women and was known to a wide audience due to her radio talks. 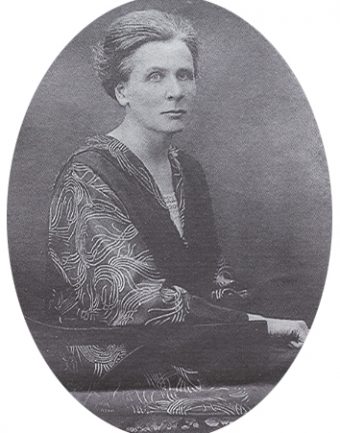