Emerentze Munch was born in Larvik, where her father was a senior examining officer. When she was three years old, her mother died, and she was sent to live with her grandmother in an upper-middle-class milieu in Christiania. She married Jacob Munch, a major painter of the 1814 generation, and they had four children.

Her memoirs, written in 1862 in a personal style and intended to be read by family and friends, recount private circumstances and historical events such as the Napoleonic Wars and the dissolution of the union between Norway and Sweden. They were published in Skillings-Magazin, 1883. Her granddaughter printed excerpts in the periodical Museum, 1895. Fru Emerentze Munchs Optegnelser was first issued as a book in 1907. 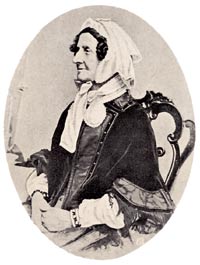