Laura Marholm was a writer and translator of Danish-Norwegian ancestry, was born in Riga in Latvia, and took on Swedish citizenship through her marriage to Ola Hansson in 1890. In 1885 she travelled to Copenhagen and became part of Georg Brandes’s circle, whom she introduced to Russia. She later translated her husband’s writing into German.

Her debut work Das Buch der Frauen (1895; Eng. tr. Modern Women) was widely read, as was Wir Frauen und unsere Dichter (Eng. tr. We Women and Our Authors) published in the same year. Laura Marholm, who shortly before the turn of the century was more renowned than Ellen Key and Lou Andreas-Salomé, has been briefly mentioned in a footnote in connection with research on Strindberg. Strindberg referred to her as “Frau Blaubart” (Mrs Bluebeard) and in 1888 threatened to take her to court after she had called him “the poet of misogyny” in a review of Faderen (the father).

Susan Brantly: The life and writings of Laura Marholm, 1991 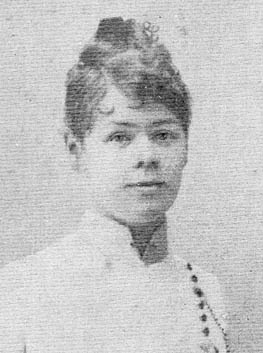