Anne Marie Løn was born in Tranebjerg on Samsø. Her father was a veterinarian, her mother a registrar. She trained in journalism, has also worked in a circus, and from 1966 to 1979 worked as a journalist, her final stint being with the newspaper B.T. From 1990 to 1994, she was a columnist for the newspaper Politiken.

Her debut novel Hvorfor hvisker I til mig was published in 1977. After working with B.T., she moved back to the provinces, and life outside the big city became a motif in her novels. In Veras vrede, 1982, she settles accounts with the city and the tabloids. Her works Fodretid, 1984, and Den sorte liste, 1988, which are committed portraits of conditions for farmers, helped to fuel the debate on agriculture. Her World War II novels, Traktørstedet, 1985, and Café Danmark, 1987, present a confident heroine who tackles the occupation, men, and children with her strength and maternal instinct.

In Sent bryllup, which came out as a novel and a radio serialisation, an old woman recalls her life and the choices she made, while Det store nummer (N), 1992, depicts life in the circus as a contrast to life in the city and to modernity. Her novel Willums veje was published in 1994, and in 1996 it was followed by the critically acclaimed novel Prinsesserne about two farmers’ daughters from Vendsyssel. She has also written children’s books and the biography Adda Ravnkilde, 1978. 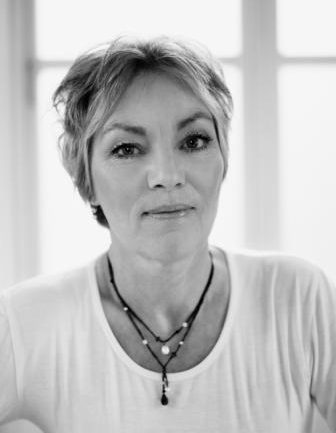