Birgitta Lillpers grew up in Orsa, Dalarna, studied Swedish, aesthetics, and practical philosophy, and worked in various jobs such as a waitress, cleaning lady, and domestic help.

In her debut poetry collection Stämnoja, 1982, she created the rural Sweden made up of villages, houses, and farmland that is the backdrop for her writing. This is where her characters live on the fringes, withdrawn and almost silent. In her poems, which mostly have a female first person, such as in Igenom: härute, 1984, Gry och bärga ,1986, and Besök på en främmande kennel, 1990, she describes the will to talk and the horror of talking. As existential metapoetry that communicates conditions of the soul using mundane and often humorous imagery, her writing stood out early on as being innovative. Her language full of vitality, which is made up of old-fashioned and invented words, can be brittle and broken, such as in her collection of crisis poems Krigarna i den här provinsen of 1992.

Her prose writing, which often has a male central character, took off with Blomvattnarna (N), 1987, followed by Iris, Isis och Skräddaren (N), 1991, and Medan de ännu hade hästar (N), 1993, which examines the relationship between speech and silence, the centre and the periphery, the masculine and the feminine in a story about an irksome interaction between two brothers. The book’s depiction of the invisible strength of the underdog can be found again in her poetic works, which also include her collection Propolis, 1995. In 1998 she published the novel Och jag grep årorna och rodde.

Lillpers has received several prizes and honours, including the prize of Samfundet De Nio (The Nine Society) in 2008. 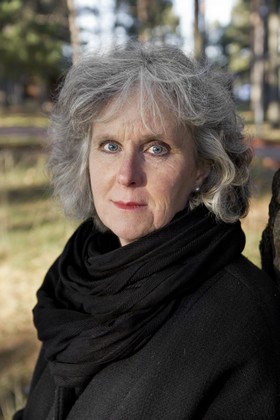