Anna Maria Lenngren was the eldest daughter of a Moravian Church Latin master in Uppsala. She made a name for herself already as young Miss Malmstedt, as a translator of French opera libretti and Latin poems, and as a newspaper writer. In 1780 she married C. P. Lenngren, who together with Johan Henrik Kellgren published the pioneering newspaper Stockholms Posten. In the 1790s she became the paper’s senior writer without disclosing her name.

Anna Maria Lenngren achieved success in 1775 through her poem “Thee-conseillen”. A couple of hundred epigrams, contemplative poems, satirical and moral poems, intellectual poems, and festive songs have been ascribed to her and can be found in Samlade skrifter, published by Svenska Vitterhetssamfundet (approx., The Swedish Philological Society). Still read today are “Några ord till min k. dotter om jag hade någon”, “Portraiterna”, and “Pojkarne”. In her so-called caricatures, she uses an Impressionist reportage style. Anna Maria Lenngren is the writer who gave female irony its style and a place in Nordic literature. Several of Anna Maria Lenngren’s poems were translated into Danish by Knud Lyne Rahbek. 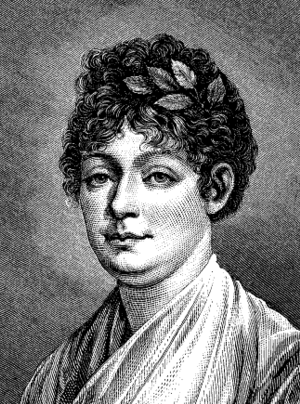