Nina Lekander lives in Stockholm, where she, besides working as an author, works as a critic, journalist, and dramatist. Her debut novel Mun mot mun was published in 1988, and challenges the contemporary female role. In Lilla livet (N), 1993, she discusses artificial insemination and women’s views on motherhood. She develops this theme further in her anthology Födda. Berättelser om at föda, 1994, in which a number of women and a man describe what it is like to have children. Jösses döttrar (D), 1997, Nina Lekander’s mockery of the 1970s’ feminist classic Jösses flickor. Befrielsen är nära, 1974, elicited such heavy criticism that the national theatre in Gothenburg decided against performing it. Instead, it was printed in serial form in an evening paper.

The above biography was first published in 1998. Since then, Nina Lekander has written two children’s books together with Helena von Zweigbergk, and the semi-documentary work Mest om min mamma, 2004, about losing a parent. 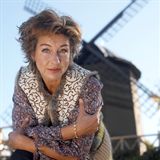