Anne Charlotte Leffler was a trendsetter and her home a place of gathering for the literary circles of Stockholm and the radical group of writers and artists known as Unga Sverige (Young Sweden). She was born and grew up in Stockholm, where her father was a principal. In 1872 she married the judge Gustav Edgren, and a year after her divorce in 1889, she married the professor Duke Pasquale del Pezzo di Cajanello. In 1885, she became one of the first women ever to be elected to the group Publicistklubben (Publicists’ club). She was also a member of Drägtereformföreningen (The Association for the Reformed Dress ) and Nya Idun (a women’s debate forum), but did not belong to the organised women’s movement. 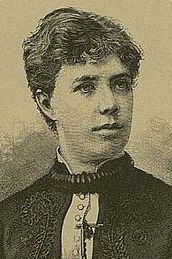