Selma Lagerlöf renewed narrative prose, inspired both by symbolism and modernism, became world-famous, and was translated into many languages. She received the Nobel Prize in 1909 and became a member of Svenska Akademien (The Swedish Academy) in 1914.

Selma Lagerlöf was born on the estate of Mårbacka, the fifth of six children, and fought her way to teaching college in Stockholm. She qualified at the age of twenty-three, found employment in Landskrona, and made her debut ten years later in 1891 with the publication of Gösta Berlings saga (Eng. tr. The Story of Gösta Berling), which boldly broke with the predominant tradition of literary realism. She set her story in Värmland, in the myths and tales of the past, and her book was a tremendous success. Following her short story collection Osynliga länkar (1894; Eng. tr. Invisible Links) she wrote a novel from Sicily, Antikrists mirakler (1897; Eng. tr. The Miracles of Antichrist) built around the issue of socialism. After En herrgårdssägan (1899; Eng. tr. From a Swedish Homestead), she published Jerusalem I-II (1901-1902; Eng. tr. Jerusalem). Nils Holgerssons underbara resa genom Sverige I-II (1906-1907; Eng. tr. The Wonderful Adventures of Nils and the Further Adventures of Nils Holgersson), was written for primary and lower secondary schools.

The publication of her letters to her writer friend Sophie Elkan, Du lär mig att bli fri, 1992, published by Ying Toijer-Nilsson, disclosed to the world the hidden ardour behind her official image as an unmarried author whose sole passion was writing. Modern authors such as Sara Lidman and Kerstin Ekman have found inspiration in her prose, which has attracted new, large audiences through television and film, for example in Bille August’s film adaptation of Jerusalem, 1996, and in Per Olov Enquist’s play Billedmagerne, 1998. 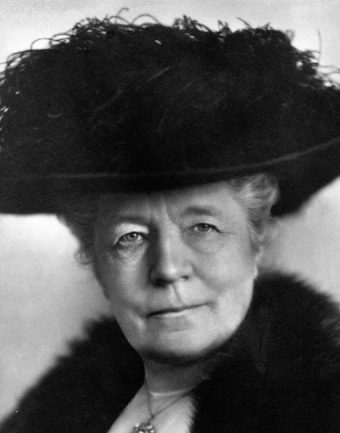