Eeva Kilpi comes from eastern Karelia, east of Finland’s present-day border with Russia, studied English philology at the University of Helsinki, and worked as a teacher before she began to earn a living from her writing. From 1970 to 1975, she chaired the PEN club in Finland.

She made her debut with the short story collection Noidanlukko in 1959. She wrote about the evacuation of the population of Karelia in Elämä edestakasin, 1964, and Elämän evakkona, 1983, as well as in her autobiographical novel trilogy Talvisodan aika (1989; Eng. tr. The Time of the Winter War), Välirauha ikävöinnin aika, 1990, which describes the interwar period, and Jatkosodan aika, 1993.

With her works Laulu rakkaudesta ja muita runoja, 1972, and Terveisin, 1976, Eeva Kilpi has made her mark as an ironic and humorous poet of the everyday. These collections were published in 1980 in Swedish under the title Sånger om kärlek, while a selection of the poems was published in Danish under the title En sang om kærlighed in 1981. In her later poetry collections Ennen kuolemaa, 1982, and Animalia, 1987, Eeva Kilpi questions man’s right to dominate nature. Her poetry collection Kiitos eilisestä, 1996, is about sorrow and ageing, but also about love and passion.

The above biography was first published in 1998. Since then, Eeva Kilpi has written the novel Unta vain, 2007, and Rajattomuuden aika, 2001. 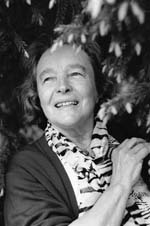