Laura Anna Sophie Müller Kieler was born in Tromsø as the daughter of bailiff Morten Smith Petersen von Führen and Anna Hansine Kjerulf Müller. She undertook an extensive cultural travel in 1871, visiting places such as Dresden, where she came into contact and entered into a literary dialogue with Henrik Ibsen. When her father died in 1872, she moved to Denmark with her mother and from then on regarded herself as a Danish writer.

Her debut novel Brands Døtre. Et livsbillede/af Lili was published in 1869. She married in 1873 and in her marriage became a true-life model for Nora in A Doll’s House, 1879. However, unlike Ibsen’s Nora, Laura Kieler’s marriage and personal crisis resulted in her being committed to a mental institution for a period of time. She wrote Min Broder Amtmanden (N) in 1882, and in 1890 her play Mænd af ære was a success de scandale as a contribution to the fierce morality debate in the 1880s. However, when reality failed to live up to her ideal demands, she withdrew from the contemporary debate and from the turn of the century onwards wrote mostly about her native soil as well as historical novels. 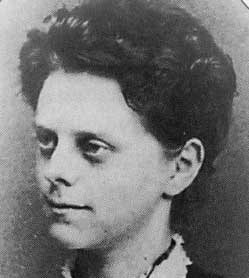