Pia Elisabeth Juul was born in Korsør as the daughter of the folk high school teacher and writer Kurt Holger Juul and folk high school teacher and writer Inge Kærgaard Juul. She passed the upper secondary school leaving examination at Hobro Gymnasium in 1981 and published a collection of children’s poems at a young age. Her debut collection levende og lukket, 1985, describes a young woman’s universe, life, images, and myths at the points of intersection between an outer and an inner world of experience, and they placed her among the ranks of young writers in the mid-1980s.

References to fairy-tales play an important role in her poetry collection Forgjort, 1989, while the body and iconography of transience are present in the collection En død mands nys, 1993, which also demonstrates her cruel humour and ironic diction. Her novel Skaden, 1990, is one of the works ushering in the new form-conscious prose of the 1990s. From 1989 to 1993, she was a member of the editorial committee of the periodical Den blå Port. The year 1994 saw the broadcast of her radio play Forskel, with Gespenst being performed in 1996.

Pia Juul is the recipient of a number of awards and honours, including Danske Banks Litteraturpris 2009, Montanas Litteraturpris 2011, and the lifelong artists’ grant from the Danish Arts Foundation since 2000.  She has been a member of Det Danske Akademi (The Danish Academy) since 2005. 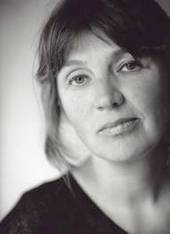