Majken Johansson was the daughter of a waitress, but grew up as a foster child in the working-class neighbourhood of Möllevången in Malmö. In 1953 she graduated in English, Nordic languages, theoretical philosophy, and educational psychology. She belonged to the so-called Lund school and published poems in the calendar Vox. By the time she moved to Stockholm in 1956, she had serious alcohol problems. She supported herself as a translator and critic, but her crisis reached its peak when the love of her life committed suicide. After a public religious conversion, she enlisted in the Salvation Army in 1958.

Majken Johansson’s debut work Buskteater was published in 1952, followed by I grund och botten, 1956, which was greeted even more enthusiastically by the critics. Both these poetry collections reveal the poet’s fundamental scepticism, devoid of any illusion. In connection with her religious conversion, she published Andens undanflykt (P), 1958, which is commented on in the foreword of the collected edition Det sällsamma bekymret (P), 1971. The overriding mood is one of searching and intellectual reservation, not one of confession. However, the answer can be discerned in Liksom överlämnad (P), 1965, and in Omtal (P), 1969, she testifies to and rejoices over her salvation through the Christian faith. In Från Magdala, Fragment ur en självbiografi, 1972, which consists of prose passages and poems, she interprets her memories using associations with the motifs of salvation and perdition.

In her final poetry collection Djup ropat till djup, 1989, the 42nd psalm in the Book of Psalms is again a leading motif in her writing, which in its final phase testifies to a possible path to life, documented in poetry and faith. Majken Johansson was awarded the prize of Samfundet De Nio (The Nine Society) in 1970. 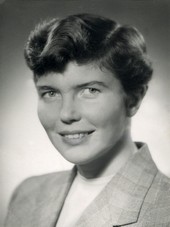