Oddvør Johansen was born in Tórshavn and grew up in a musical family of craftsmen. She passed her preliminary examination, attended music college, married at twenty, adopted two children, divorced, and subsequently trained at the Royal Danish Academy of Music. She remarried, had two children, and lived in Denmark for fourteen years, after which time she returned to the Faroe Islands. She has since worked as an organist in Tórshavn.

Oddvør Johansen’s debut, the award-winning Lívsins summar, 1982, brought about a renewal of Faroese novel writing on account of its conscious use of the female perspective. Johansen subsequently published the historical teenage novel Skip i eygsjón, 1988, Bella Katrina, 1989, with stories from the author’s life and the everyday, and Ein mamma er ein mamma (N), 1993, about fertility – one main character has difficulty conceiving a child, another main character gets pregnant far too easily. Her work Á Káta Horninum, 1995, contains poems and short prose, and in 1996 she published the children’s book Kongdóttirin i Nólsoy, based on an old legend.

The above biography was first published in 1998. Since then, Oddvør Johansen has written the novels Í morgin er aftur ein dagur, 1998, Tá ið eg havi málað summarhúsið, 2001, and Sebastians hús, 2004. She has also written short stories, essays and a children’s book. 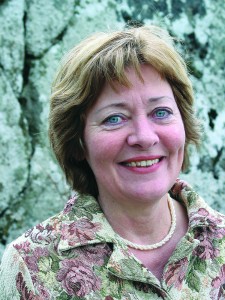