Ann Jäderlund was born in Stockholm, worked in different casual jobs, and also studied philosophy at university before her literary debut. In the late 1980s, she was a critic for the publication Bonniers Litterära Magasin. She lives in Stockholm together with her husband and son.

The poems in her debut collection Vimpelstaden, 1985, which has a humorous and absurd approach to language, are fragmentary, and the body of the first person in the poems is divided. Som en gång varit äng (P), 1988, depicts an intensive love story in which the first person swings back and forth between living to the full and fear of losing herself. Ann Jäderlund’s use of slightly distorted and varied quotations from folk-songs, hymns, and song hits became a hallmark of her technique, and the collection triggered off the so-called Jäderlund debate – a debate about incomprehensibility with regard to the aesthetically radical women poets of the 1980s. 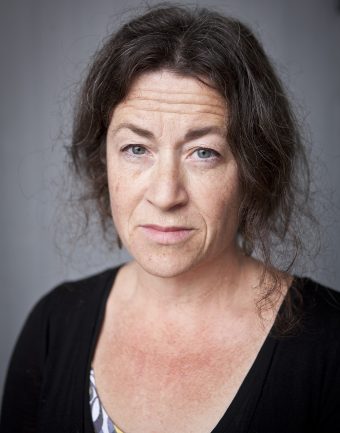