Torfhildur Þorsteinsdóttir Hólm was born in southeastern Iceland, daughter of a clergyman, studied languages and dress-making in Reykjavík and Copenhagen, married in 1874, and was widowed a year later. Together with her sister and brother-in-law, she emigrated to Canada, where she lived for thirteen years. When she returned to Iceland in 1899, she became the first professional Icelandic author.

Her debut novel, Brynjólfur biskup Sveinsson, 1882, is a historic novel about the great patriarch and bishop in seventeenth century Skálholt, a moralising and conventional account with a seditious and ironic interpretation of the hero’s fate. 1884 saw the publication of her short story collection Sögur og ævintýri, which adopts a stance on women’s rights.

Her novel Kjartan og Guðrún, 1886, is about the characters from Laxedæla saga, while the battle between the heathens and Christians is a theme in her last big, ambitious novel Elding, 1889. Her novels Jón biskup Vídalín and Jón biskup Arason were published as serial novels in the periodical Draupnir from 1891 to 1908. She also published Dvöl from 1901 to 1917, a popular magazine offering a mix of entertainment and information. 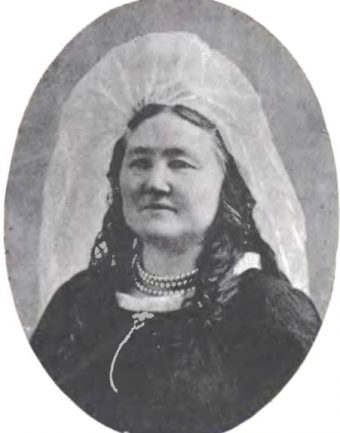