Johanne Luise Heiberg was the most celebrated Danish actress of the century. She grew up in a divided and discordant family in Copenhagen. Her parents were poor German emigrants, her father Catholic, her mother Jewish, and she was the second youngest of nine children. She started at the Royal Danish Theatre Ballet School in 1820 and made her debut as an actress in 1826. Four years later she moved into the home of Thomasine Gyllembourg, marrying her son, Johan Ludvig Heiberg, a year later. She had a permanent post with the Royal Danish Theatre from 1829 to 1864 and was the stage director from 1867 to 1874.

She anonymously wrote sentimental operettas, such as En Søndag paa Amager, 1847, and Abekatten, 1849, as well as a number of articles, such as “En Mode-Artikel” (a fashion item), 1844, and “Qvinde-Emancipation” (women’s emancipation), 1851. In 1882 she published a book about her parents-in-law, Peter Andreas Heiberg og Thomasine Gyllembourg. En Beretning, støttet paa efterladte Breve. After her death, Et Liv gjenoplevet i Erindringen 1-4, which she started writing in 1855, and which is today regarded as an important example of Nordic memoir literature, was published between 1891 and 1892 (reprinted 1987). The striking feature of this work is that the memoirs also include a substantial amount of theoretical reflection about the art of acting and the social lives of actors. The memoirs were heavily criticised by her contemporaries, including Georg Brandes, who accused them of lacking credibility. 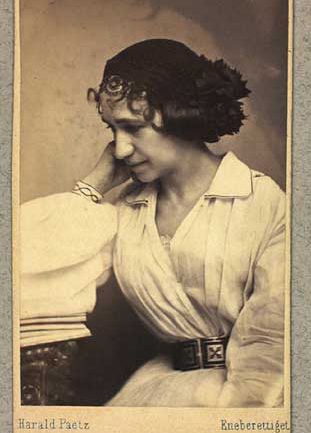