Inger Elisabeth Hansen was born and grew up in Oslo. Her father was a captain and ship inspector. She graduated in Spanish literature and has translated works by Vicente Aleixandre and Rafael Alberti, she married the author Torgeir Schjerven and has one child. She has been the chair of the Norwegian Authors’ Union.

Inger Elisabeth Hansen’s debut work was her political poetry collection det er NÅ det er LIKE FØR, 1976, issued by the underground publisher Dikt & Datt, which contains poems with motifs of famine and distress in Third World countries. These poems clearly laid the foundation for her writing, which is political and internationally oriented. However, the aesthetic aspects of her poetry have changed, starting with Klodedikt, 1979, containing realistic poems about Biafra, Nicaragua, and Vietnam, and Hablabaror. Munnenes bok (P), 1983, which plays with language and the story of the Creation, to Dobbel dame mot løvenes ørken (P), 1986, which has surrealist elements and destroys illusions, confronting platitudes, clichés, and media illusions.

Her poetry has increasingly become a contemplation of the language we use to understand the world and an attack on apathy, oblivion, and idyllic perception. The poetry collection I rosen, 1993, is a complex linguistic composition, in which the motifs and wording are constantly reshuffled into new contexts which hark back to the oldest Bible texts and Greek myths as well as incorporate war scenarios from Bosnia.

The above biography was first published in 1998. Since then, Inger Elisabeth Hansen has written Blindsoner – essays, 2002, and the poetry collection Trask, 2003. 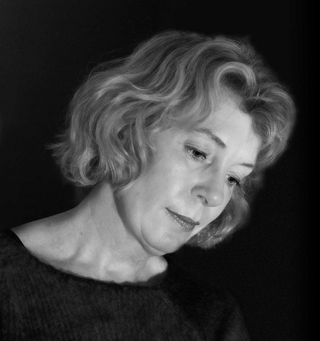