Ingeborg Refling Hagen grew up in poor conditions in Tangen in Hedmark and became a mythical figure as an idealist and clairvoyant. Her mother was a widow, several of her siblings emigrated to America, and she herself became a nanny in England at a very young age, later working in shops and offices in Christiania. She was active in the organisation Sosialistisk kulturlag, participated in the wartime resistance movement, and helped to initiate the movement for popular education in Suttung, which, among other things, started up children’s groups and placed an emphasis on the teaching of art and literature. Her home in Tangen became a cultural centre offering courses, lectures, theatre, and operating a publishing business.

Ingeborg Refling Hagen’s debut work was her short story collection Naar elv skifter leie, 1920. Besides novels, short stories, poems, biographical novels, and autobiographies, she also produced literary and educational publications. Inspired by the author Henrik Wergeland, she adopted committed and sympathetic views on the life of common people, the drudgery, and the rough conditions of the poor. Her poetry collection Jeg vil hem att, 1932, about the hard grind and dreams of American immigrants, was widely read. Her key works are her autobiographical novels Livsfrisen, 1-4, 1948-1953, and De unge. Kampår, 1979. 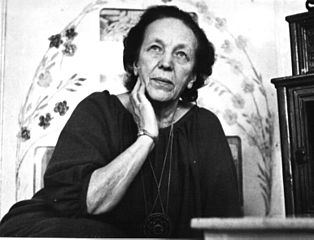