Vibeke Grønfeldt was born on an old family farm on Samsø. Her father’s death when she was four years old has left its mark on her writing in the form of an extraordinary sensitivity to change and tendencies towards break-up and collapse in the post-war provincial society, which is particularly noticeable in her depictions of childhood in Den blanke sol, 1985. After eight years of schooling, she broke with ‘the system’, left school, bought a typewriter with the money she had saved up for a motorcycle, and read and wrote. She married the lawyer Lars Gjødvad.

After many of her manuscripts were rejected by publishers, Vibeke Grønfeldt achieved success with her novel Din tavshed er min skrift på væggen, 1976. Her extensive writing can be read as a continuous series of narratives about a provincial society populated by failed existences and lives brought together by chance. However, whether the characters shut themselves in, as in Sommerens døde, 1978, Dødningeuret, 1990, and Opdagelsen, 1993, or let themselves be borne by the cogwheels of development, as in Det fantastiske barn, 1982, and Mekanik, 1992, they are all stranded in Mulighedernes land, the ambiguous title of the big epic novel of 1989 about modern-day Denmark.

Vibeke Grønfeldt’s idiom ranges from formlessness to permanence of form. On a general level, her composition is broken up into countless shifts in perspective, while on a more detailed level, the words and sentences have a crystalline intensity. Vibeke Grønfeldt is one of the most important prose writers in Danish contemporary literature and was awarded a prize from Det Danske Akademi (the Danish academy of language and literature) in 1996. After her novel Et let liv, 1996, her writing reached a new artistic zenith with the publication of the novel I dag, 1998, with images of Denmark from 1952 til 1996. 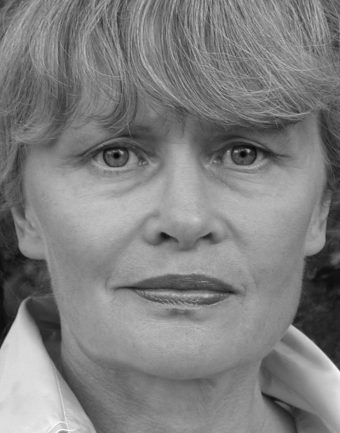